3 Psychological Benefits of Being in Nature

For those struggling with Nature Deficit Disorder®

Psychological Benefits of Being in Nature

Whenever I spend too much time in a city, stuck inside my room, or overstressed by work — I crave a hit of nature.

I prefer a strong dose of green grass, purple flowers, and blue skies — however— gloomy grey weather has its merits, too.

If you, like me, need a break from routines and schedules, deadlines and commitments, coronavirus, and quarantine — here’s a gentle reminder of the psychological benefits of being in nature.

From an epidemiological point of view, exposure to, or ‘contact with,’ nature has been linked to better health and wellbeing.

In a study of 20,000 people, those who spent two hours a week in green spaces, such as local parks and forests, were substantially more likely to report good health and psychological well-being than those who don’t.

People who spent between 1 and 119 minutes in nature, they were no more likely to report higher levels for both health and wellbeing than those in the control group (i.e., those who never had contact with nature).

Those two hours of being in nature, well, they can be spaced out throughout the week or spent all at once — the psychological benefits will be the same.

the branch of medicine focused on the incidence, distribution, and possible control of diseases and other factors relating to health.

David Strayer, a cognitive psychologist at the University of Utah, specializes in attention. His work ranges from the problems of multitasking to the impact of using cell phones while driving.

Since people are constantly bombarded by distracting noises in their everyday lives, Strayer believes the antidote to modern life is simple: nature.

Strayer showed in a small experiment that people who hiked 3 days in the wilderness performed 50% on creative thinking tasks than those who didn’t. With an EEG test, they tested brain waves and found that the prefrontal cortex was more calm and relaxed.

“If you can have the experience of being in the moment for two or three days, it seems to produce a difference in qualitative thinking.” — David Strayer

Spending just two to three days in nature can recalibrate the brain and help the mind escape from everyday thoughts, worries, and fears.

a noninvasive test used to measure and analyze the electrical activity in the brain.

region of the brain that makes up the frontal area of the frontal lobe — associated with higher cognition, planning, personality, and social behavior.

Whether it’s a bump on the knee or a more serious injury, nature can soothe the body and speed up healing.

Between 1972 and 1981, Roger Ulrich examined two groups of patients recovering from gall bladder surgery. Half the patients were in a room with views of a garden and trees; the other half had a view of a dull white wall.

Those in the room with a view of the trees had a higher tolerance of pain, fewer requests for potent analgesics, and spent less time in the hospital.

“Spending time interacting with nature … won’t cure your cancer or heal a badly burned leg. But there is good evidence it can reduce your levels of pain and stress — and, by doing that, boost your immune system in ways that allow your own body and other treatments to help you heal.” — Cooper Marcus

a drug used to relieve pain.

Right now, our lives are becoming deeply submerged in technology while also recovering from a global crisis that locked us inside for a few weeks or more.

We are likely all suffering from some form Nature-Deficit Disorder — a word coined (and, apparently, registered to) Richard Louv.

Although it’s easy to write about the scientific discoveries of nature and its psychological benefits to us. However, the only way to truly enjoy those benefits is by exposing yourself to nature.

If you‘re losing touch with your self — expose your self to the natural world.

So, take a hike up the nearest mountain. Ride a bicycle to your local park. Enjoy a jog through a lush green forest. Pack a bag and go camping for a weekend.

Whatever you do to take a hit of nature, bring a friend with you to get their dose too.

Thanks for reading! Feel free to connect with me on Medium, Instagram, or LinkedIn—and don’t forget to sign up for my newsletter. 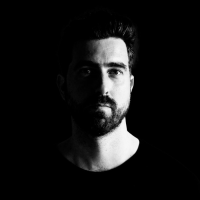 Hi, I’m Jef (with one 'f') and I grew up without a plan for my future. My life was following society's prescription ― go to school, get a job, start a family ― until I graduated from the University of Waterloo with a BSc. in Biomedical Sciences.

I sold my belongings and dedicated my early adult years as a solo traveler where I learned new ways to survive and thrive no matter where I went or what obstacle life put in my way. This blog is my way of helping everyone understand alternative ways to work, live, and earn money so that you can improve the future for you and the people you love.

4 Unthinkable Traits You Need to Crush Your Goals
Next Post: Understanding the Ego ft. Morning Wisdom with Jimmy »

What do you think? Cancel reply

This website is the epicentre of my thoughts, strategies, and achievements in business and life. I also provide professional services like web design and copywriting. If you think my services can benefit you ― work with me.
Privacy & Terms of Use
Try Kinsta Hosting
Build on Genesis
Stuff
Services
SOCIAL